great companies that started in a garage

The success stories of companies that started in a garage serve as inspiration for young entrepreneurs. The dream begins with a good idea and becomes a reality, with commitment, hard work, and a good dose of daring.

Many large companies today, a world reference for successful entrepreneurship, really started in a garage. When not, they began in the college dorm, in Mom’s kitchen, or anywhere else. The important thing is to believe in the project and not give up on the dream.

So, young student, you don’t have to wait to complete the university course or have a lot of money to undertake. Read below the stories of great companies that started in a garage and get inspired!

Who doesn’t know the apple of Apple computers and gadgets? The brand that has become one of the most valuable on the market was born in the garage by Steve Jobs’ adoptive father in Cupertino, California.

The young Steve Wozniak created Apple’s first computer in 1976. He then teamed up with colleagues Steve Jobs and Ronald Wayne to found Apple Computer Co., which received the first order from a local retailer, who ordered 50 computers. Young entrepreneurs delivered the product within 30 days. Since then, Apple’s meteoric growth has placed the company at the top of the world’s largest business.

The garage at home number 2066 on Crist Drive in Los Altos, Calif., is now a tourist attraction in Silicon Valley.

Google in the search for success

In the mid-1990s, Stanford University doctoral students Larry Page and Sergey Brin met and decided to start a company together based on their research projects.

Google’s headquarters began in a garage rented by Susan Wojcicki, a recent graduate student who ended up being the company’s vice president until 2014. At that time, she rented the garage to pay for the mortgage on the house. A year later, the Google team, then eight employees, moved to Palo Alto, California. From then on, it was only successful until today.

Amazon, the giant of online commerce

Jeff Bezos was the youngest vice president of a Wall Street investment firm when he resigned and moved to Seattle to start an online bookstore sales company. He established the company in the garage of his home in Bellevue, Washington, and began developing the software.

As the space was not suitable for business meetings, he arranged with clients at the famous Barnes & Noble bookstore, where most of Amazon’s first contracts were traded. The venture, which began in a simple garage in 1995, is now the largest online retailer.

The vast Disney conglomerate was born in 1923 in the small garage of Walt’s uncle Robert Disney’s home. The development was called The Disney Brothers Studio and was located in California, a short distance from Anaheim Disneyland, the first park founded by Walt Disney.

The first team produced Alice Comedies in that tiny garage, later inspiring Disney’s version of Alice in Wonderland. A few months later, brothers Roy and Walt Disney moved to a larger space not far from their uncle’s house, where they signed the first deal with Universal Studios. We don’t even need to say what the result of that first garage venture was.

Not far from the garage where Apple started, university students at Stanford University launched HP – Hewlett-Packard, in 1939, with an initial investment of just over $500.

In the garage of a rented house, HP developed its first product, an audio oscillator. And do you know who was one of your first customers? Walt Disney Productions, which acquired eight oscillators for the release of the Fantasia movie.

The garage was used as a laboratory and factory for about a year until the partners moved to a larger space in the neighborhood. Today, HP’s garage is a private museum known as “the birthplace of Silicon Valley” in California.

The victorious Nike in the trunk

Before becoming the mighty Nike, the world leader in sporting goods was called Blue Ribbon Sports. Back in 1964, you couldn’t find Nike products in any store.

In fact, not even in a garage: the “store” that gave rise to Cristiano Ronaldo and Neymar’s sponsor operated in the trunk of the car of Phil Knight, the athlete who was one of the founders. His business partner was his coach Bill Bowerman, who invited athletes to test his products, always looking to make running shoes lighter.

Until 1978, the company was renamed Nike in honor of the Greek goddess of victory. The design of the famous brand cost only 35 dollars to entrepreneurs.

The well-known YouTube was also born in a garage in San Francisco, California. Two young entrepreneurs wanted a solution for sharing videos with friends, given the difficulty of sending heavy files.

Chad Hurley and Steve Chen, employees of a technology company, started the YouTube project in 2005. Then, just 20 months after the program was created, the partners, now multimillionaires, sold the invention to Google for more than a billion dollars.

Almost all big companies started small. The path to success begins with the first step, which can be taken while still at university. Of course, nothing happens overnight: the companies in the success stories we’ve told above took years to consolidate and reach what they are today.

Many great endeavors began humbly, whether in the garage, basement, college dorm, or car trunk. The question is not where your project starts, but where it can take you! 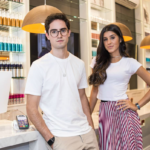